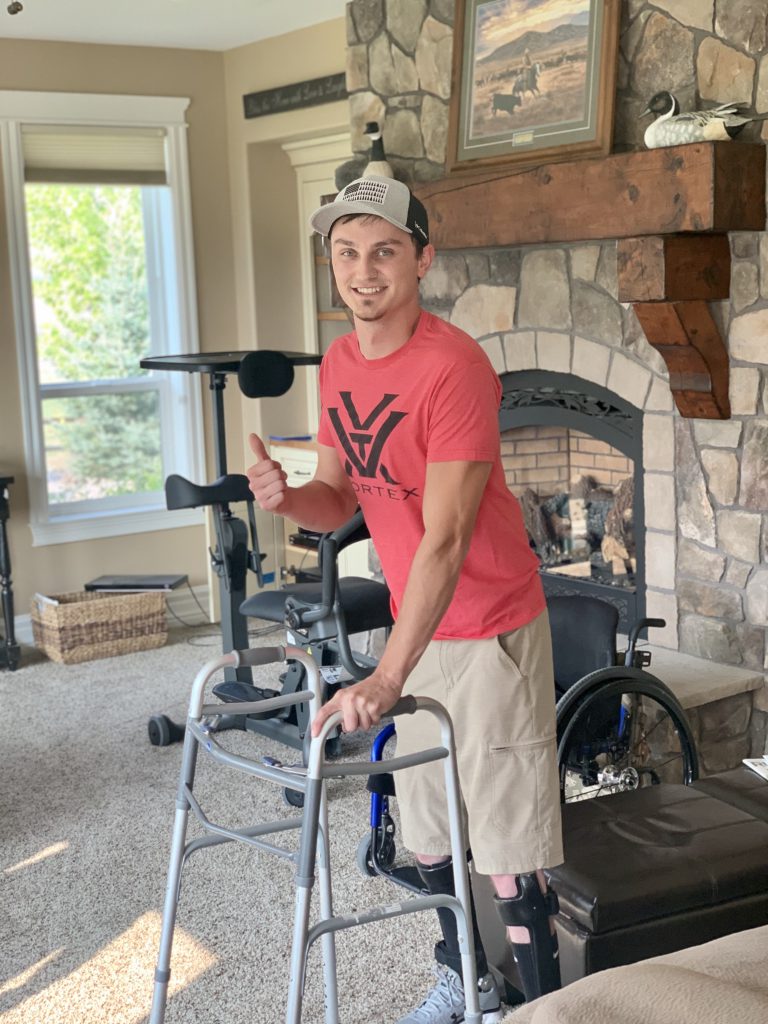 Treasure’s father, Dave, used to teach welding at ISU’s College of Technology, so he grew up on the ISU campus.

“My dad was always showing me programs at the College of Technology, and I always thought it was a cool place,” said Treasure. “I knew I needed a career where I didn’t have to lift anything, so my dad encouraged me to check out the robotics program.”

Instructors Shane Slack and Geran Call gave him a tour, and Treasure was hooked.“At first, I thought it was really nerdy, but the lab had interesting stuff like a real R2-D2, drones, and a 3D printer. The more I thought about it, the more I realized that robotics is part of everything. It’s in your phone; it’s in your car; it’s in anything electronic. I felt like the program could teach me to fix just about anything, and there was no shortage of job opportunities,” said Treasure.

The six-semester program did not disappoint.

“The instructors really know their stuff. One day, I was trying to figure out some coding. Shane looked at it and said, ‘That’s pretty good,’ but then he showed me some tips and tricks and I was able to cut the code in half.”

In addition to small class sizes, hands-on projects, accessible instructors and progressively more complicated coursework and projects, Treasure also appreciated the collaboration between other programs at the College of Technology.

“All of the trades and techs are really well put together,” said Treasure. “You see all the programs working together and willing to help one another.”

Treasure completed his degree in robotics and communications engineering systems technology in the fall of 2018—and he had a job lined up after graduation.

“Around the fifth or sixth semester, they encouraged us to start looking for jobs. Shane helped us with our resumes, and they were constantly bringing in potential employers for on-site interviews,” said Treasure. “It was really easy to find a job because these employers had such good experiences with previous graduates.”

Treasure accepted a position at Inovar in Logan, Utah, specializing in electronic manufacturing services for military and medical equipment. At first, Treasure worked as a service technician fixing boards at the component level. Thanks to the program at ISU, Treasure feels he was well prepared for the job.

“They expected so much out of us, and they always wanted us to do things the right way,” said Treasure. “The equipment I used at ISU is exactly what I use at Inovar. I felt they taught me what I really needed to know, and I didn’t have to go through so many hoops to learn on the job.”
The combination of being well-prepared for his career and passionate about his work led to Treasure being offered a promotion in November 2020.

“Drawing schematics at school and knowing how things functioned at work helped me get this promotion,” said Treasure. “I started at Inovar with another classmate. A lot of people asked us where we went to school because they wanted more employees like us. I have nothing but good things to say about my experience at ISU.”